The Youth America’s Cup will be a multi-leg event beginning with a fleet racing seeding event (February 18 – 23, 2021). Then a match racing event (March 1 – 5, 2021) will decide which teams move on to the Finals (March 8- 12, 2021). All racing will take place in Auckland with the finals being held in the shadow of Auckland’s iconic Harbour Bridge.

Crews must be between 18-24 years of age. To encourage diversity at this high level the organisers ruled that the teams shall consist of two females and two male sailors with a maximum crew weight of 311kgs.

The defender of the America’s Cup has reinvigorated a Youth America’s Cup that will be raced in a brand new foiling mono-hull class, the AC9F.

The America’s Cup, the pinnacle of yachting, was first contested in 1851 making it the oldest trophy in international sport, predating the modern Olympic Games by 45 years. With the Olympics and the Ocean Race it is one of THE three icons in the sport of sailing.

The event will be sailed in line with the original America’s Cup Deed of Gift; designed to be a ‘friendly competition between yacht clubs of all nations’.

“Probably the most important aspect of this is that through the establishment of the Youth America’s Cup event, in conjunction with the exciting AC9F boat, a pathway or vital stepping stone for the best young guys and girls from around the world has been created to progress one step closer to sailing on an AC75 in the future. It is hard to go past the evidence of our current team that is now made up of a number of crew members from the winning 2013 Youth AC team.”

RNZYS Commodore and Yachting Developments owner Ian Cook say the yachts are designed to be extremely exciting to watch and will provide a great challenge for the skilled youth sailors on board – “We are incredibly happy with the design of the AC9F. We believe they will generate great competition and an even playing field for all the teams involved, whilst also leading from the front in terms of modern yacht design, and importantly, creating a great product for fans around the world to observe.” 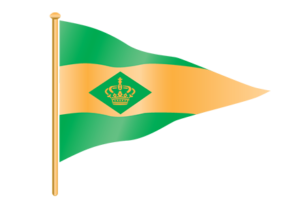